Al-Zaytouna Centre representing Palestine was invited along with forty other Think Tanks-selected out of 2,270 Think Tanks-representing Europe and the MENA region (one per country).

The forum was held by the Italian Ministry of Foreign Affairs and International Cooperation and the Italian Institute for International Political Studies (ISPI), in collaboration with the Think Tanks and Civil Societies Program (TTCSP) of the University of Pennsylvania, which issues the annual Global Go To Think Tank Index. The forum was promoted with the scientific partnership of Bruegel, Chatham House, The German Council on Foreign Relations (DGAP), The European Council on Foreign Relations (ECFR), and Institut Français des Relations Internationales (IFRI).

ISPI Director Dr. Paolo Magri, and Dr. James MsGann played a major role in the success of the forum, which was entitled, “Beyond Turmoil: New Role and Opportunities for Think Tanks in the Mediterranean.”

The forum’s sessions discussed thoroughly several topics, including; how to fight social exclusion and reach out to unheard people; how to face the common challenge of “radicalization and terrorism,” and how to stabilize weak states and contain conflict spillover.

Afterwards, Dr. Saleh along with other participants joined the Mediterranean Dialogues (MED) high-level conference, “Beyond Turmoil: A Positive Agenda,” which was organized by the Italian Ministry of Foreign Affairs and International Cooperation and ISPI, and included more than 400 participants from 55 countries. The conference’s sessions were held from 1-3/12/2016, covering issues concerning the Mediterranean, such as politics and economy, migration, religious intolerance, women, youth, civil societies, etc.

The conference was distinguished by discussions that brought to light various Arabic, Islamic, European and international point of views. Panelists and conferees included officials and leaders from the Gulf, north Africa, Sudan, Iraq, Iran, Turkey, in addition to the secretary-general of the Arab League, and Italian and European officials. The Russian and American positions were stated by Foreign Minister Sergey Lavrov and Secretary of State John Kerry.

The Italian president hosted the conferees at the presidential palace, where he gave a speech related to the concerns and issues discussed during the conference. 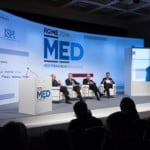 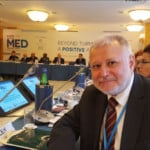 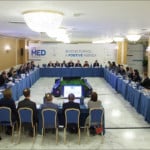 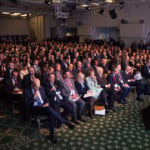 Al-Zaytouna Centre for Studies and Consultations, 11/12/2016