Al-Zaytouna General Manager, Dr. Mohsen Mohammad Saleh welcomed the attendees, and presented an overview of the book, which was the fruit of six years of research, where the principles of academic objectivity, accuracy of information and scientific research were strictly observed. He explained that the preparation of the book was based on documents, books, and published articles, as well as interviews with personalities who were involved in the history of al-Jama‘ah.

SG ‘Azzam al-Ayyoubi thanked al-Zaytouna Centre and the researchers who contributed to the production of the book. He said that al-Jama‘ah does not belong only to its members, but belongs to the entire Ummah (nation), Therefore, the history of al-Jama‘ah must not remain confined to the drawers, but every person must be able to access it, so that “it may serve as a beacon for all people.”

Researcher Rana Sa‘adah, who participated in the drafting of the book, made a presentation focusing on two main themes of the book: first, the organizational evolution and the spread of the doctrine of al-Jama‘ah; and second, the political performance of al-Jama‘ah. Sa‘adah noted that the period covered by the book, 1975–2000, was a time when al- Jama‘ah saw remarkable developments in terms of its organization and reach all across Lebanon.

Regarding structure, Sa‘adah said it was not fixed in the beginning, nor was the structure of its offices, which were marked by administrative differences according to the reality of the areas they operated in and their respective needs. Nevertheless, she added, that period saw the streamlining of organizational work through a number of internal regulations, and the formation of three central offices: The political bureau, the expatriates bureau, and the Palestine bureau, which was the nucleus for what later became an independent organization for the Palestinian Muslim Brothers (MB) in Lebanon.

Sa‘adah spoke about the organizational features of that period, including the alternation of decision-making posts among leaders, for example with different secretary-generals leading al-Jama‘ah in that period, such as the late Dr. Fathi Yakan and the late Sheikh Faysal Mawlawi. During that period as well, the al-Jama‘ah spread to a number of Lebanese regions, including Akkar, Iqlim Al-Kharroub, Beqa‘, and the majority of Palestinian refugee camps.

Regarding political performance, al-Jama‘ah al-Islamiyyah in that period underwent several political and military upheavals, as did many Lebanese factions, affected by the Lebanese civil war, the Israeli invasion, and the Syrian presence. In the 1990s, al-Jama‘ah contended in both municipal and legislative elections.

Researcher Fatima ‘Itani, who co-authored the book, spoke about the resistance and institutional activities of al-Jama‘ah. She said that al-Jama‘ah was able to leave its mark especially in the Islamic community during the period covered by the book, and was a pioneer of armed resistance.

Prof. Hassan Hallaq said that a snapshot of the contributions, work, and ideas of al-Jama‘ah in Lebanon, cannot be seen in full except by reading both books on al-Jama‘ah [First was about Al-Jama‘ah al-Islamiyyah in Lebanon: From Its Beginnings till 1975, published in 2009]. He added that the researchers were able to chronicle the history of al-Jama‘ah in one of the most important periods of Lebanon’s history. A period that witnessed the intersection of Lebanese, Arab, regional, and international contradictions and convergence of interests (1975–2000). Not only was al-Jama‘ah in that period a witness of the time, he continued, but also had a proactive role, participating in drafting political solutions for the Lebanese issue starting with the internal conflict between the Lebanese on 13/4/1975, then with the Israeli invasion in 1982, the May 17 Agreement of 1983 between Lebanon and Israel, and then the Taif Accords of 1989.

Hallaq considered the book revealing, since it published some secrets about the history of the group, particularly in terms of its armed activities, relations with other Lebanese and Palestinian factions, and its role in the liberation of Saida (Sidon). He considered the book an important documentary work, shedding light on a significant period of the history of al-Jama‘ah, Lebanon, Palestine, and the Arab region. It enriches the repertoire of Arab books and is worth reading.

Prof. Ramez Tanbour thanked al-Zaytouna Centre and the researchers who authored the book, which is “characteristically objective and methodical, steering clear from analysis,” where also the”information and documents were consistent.” He added that al-Jama‘ah was revealed in the book to be comprehensive geographically as well as in terms of its multi-sectoral activities, unlike some other groups and associations.

Former SG Ibrahim al-Masri urged the readers to examine both books on al-Jama‘ah. He stressed that the work has major historical and scientific value, despite not covering the work of all cadres involved with al-Jama‘ah. For it focused on the political, media, and military aspects, while the educational sector remained far from the spotlight, meaning that many names were missed. Masri thanked al-Zaytouna Centre for the effort that went into the preparation of the book.

Prof. Dr. Mohsen Mohammad Saleh concluded the event with closing remarks. He said that al-Jama‘ah al-Islamiyyah conformed to its Arab and Islamic identity, working against the odds in a complicated environment at the levels of security, politics, and sectarian contradictions. Al-Jama‘ah’s work, he added, was harmonious with the interests of the Palestinian community, for the Palestinian issue was always present in the work and agenda of al-Jama‘ah. He said that al-Jama‘ah has been proven to have an enlightened thought and has been an example in political performance, coming ahead of many other Islamic groups.

The 382-page book tackles the organizational evolution of the group, the spread of its doctrine, the political and military performance, and the institutionalized work of al-Jama‘ah. At the end, there is a list containing brief biographies of the figures interviewed, and two appendices containing photos and documents. The preface is written by former SG Ibrahim al-Masri.

The book relied significantly on oral history, as well as available documents, published information, and interviews with more than sixty figures covering leaders and cadres of al-Jama‘ah al-Islamiyyah, who were witnesses to the events and histories documented. 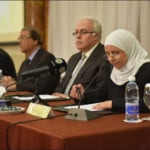 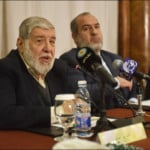 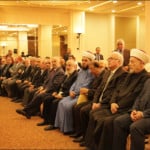 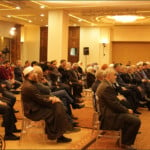 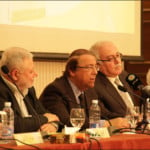 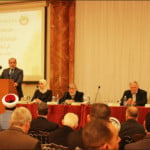 Al-Zaytouna Centre for Studies and Consultations, 17/2/2017