The results of the “No to Normalization” international research competition were summed up on 14/6/2021. The competition was initiated by the General Authority for Youth and Culture, Gaza, in strategic partnership with al-Zaytouna Centre for Studies and Consultations-Beirut, Elmessiri Academy for Studies and Training and PALM Strategic Initiatives Centre.

Al-Zaytouna Centre has played a major role in providing scientific consultations, setting the standards of research and peer reviewing, and covering a large part of the competition financial prizes.

The competition attracted wide participation from Palestine and many Arab countries. The supervising committee received 160 research abstracts, and at the submission deadline, 82 studies from Palestine, Egypt, Iraq, Algeria, Tunisia and Jordan were submitted and reviewed by 28 referees.

The results were announced in a press conference held at the headquarters of the Government Information Office in Gaza City, in which the General Authority Head Ahmad Muhaisen, the Head of the Boycott Campaign in Palestine Basem Naim, CEO of Cinta Gaza Malaysia Nadir al-Nuri Qamar al-Zaman and al-Zaytouna Centre General-Manager Prof. Dr. Mohsen Mohammad Saleh participated.

In his speech, Saleh thanked the General Authority for making the competition a success and achieving its objectives despite the challenges. He considered the wide participation from the Arab and Muslim world an evidence of the Ummah’s (Muslim nation’s) authenticity, and that the interaction of the youth a proof that they are interacting with the Ummah’s main issues and that they are important partners in spreading awareness. Saleh saw the competition as part of this awareness campaign. He also expressed the willingness of al-Zaytouna Centre to print and publish the competition’s best winning research papers.

For his part, Qamar al-Zaman announced the provision of a financial grant of $100 thousand, to be allocated for scientific research on issues related to the Palestine issue, in addition to allocating $2 million for the reconstruction of Gaza Strip. He stressed that this support is a proof of the solidarity of the Malaysian people and government with the Palestinian people.

Dr. Ibrahim al-Za‘im, a member of the competition’s high committee, announced the winners:

Honorable Mention awards will be given to a number of researchers. 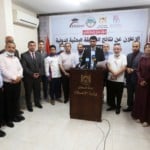 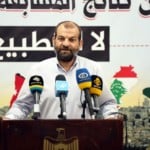 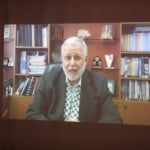 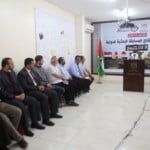 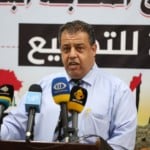 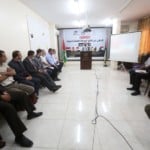 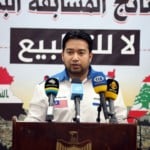 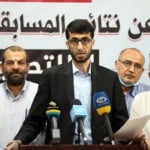 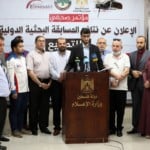 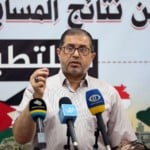 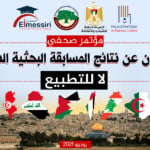 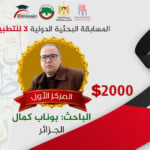 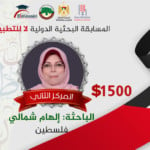 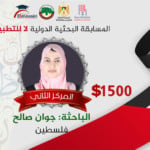 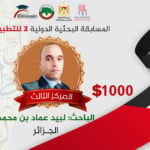 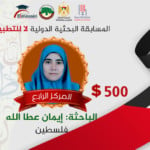 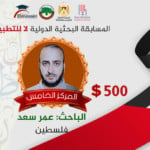 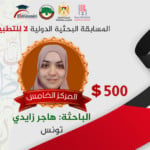 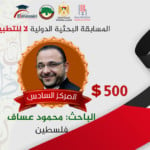 Al-Zaytouna Centre for Studies and Consultations, 18/6/2021